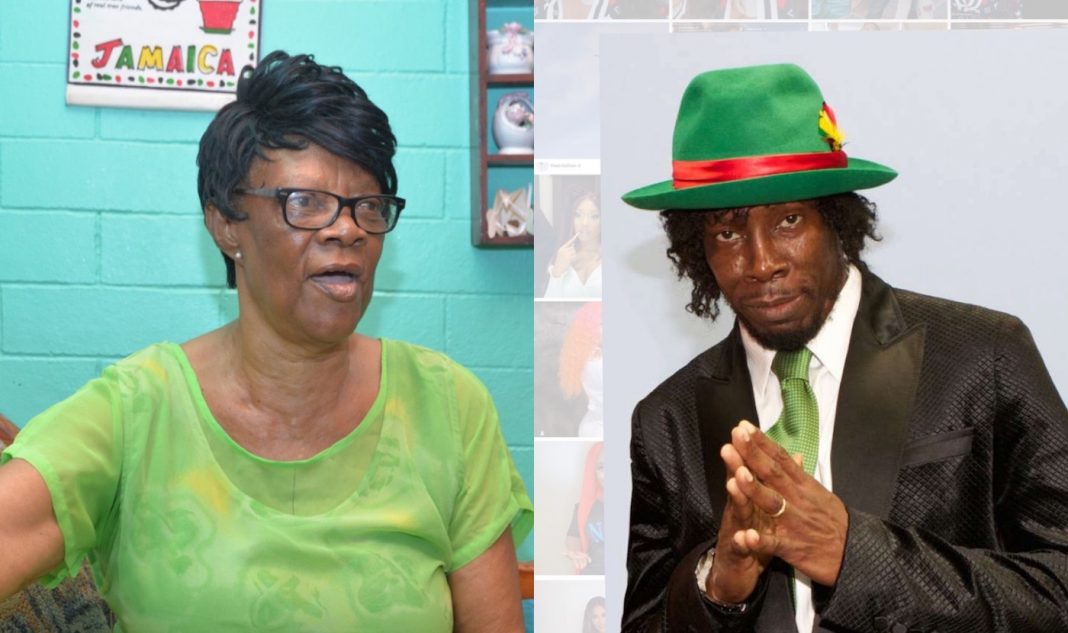 Share on Facebook
Tweet on Twitter
The mother of Dancehall Veteran Shabba Ranks has died.
Constance Christie aka ‘Mama Christie’ was 81 years old.
Several persons have shared their condolences, including Dancehall acts Bounty Killer and Dexta Daps who hailed from the Seaview Gardens community. Dexta released a song tribute entitled “Shabba Madda Pot” in 2015, because her hands have served many throughout the community.
Mama Christie was known as one of the mothers of her Seaview Gardens community, and as a giver.
It is unclear how she died.
Meanwhile, in reacting to the news of Christie’s death , Entertainment  Minister Olivia Grange, expressed deep sadness .
Minister Grange says “She was someone I knew very well. To hear of her passing is devastating.”
She said Mama Christie was a beautiful soul who supported her son in all his endeavours & that she was his biggest cheerleader. In fact, Minister Grange noted that “it was Shabba’s public display of love and affection that led to so many younger artistes singing about their mothers..”