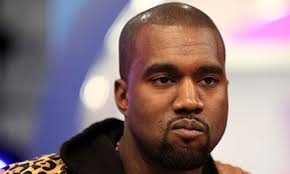 As Kanye West continues to tweet his heart out and has been growing increasingly more transparent.

The rapper posted a video of himself apparently urinating on his own Grammy statuette.

He captioned his post: “Trust me … I WONT STOP.”

This is one of the 21 Grammys Kanye has to his name.

This morning, the 43-year-old artist also shared all 10 of his contracts with Universal Music Group/Sony after asking “every lawyer in the world” to take a look at them.

Ye has been on a crusade to get out of his contracts with Sony/UMG for quite some time.

Earlier this week, he vowed not to put out any more music until he was released from the contracts.

Kanye also accused UMG of refusing to name their price for his masters out of fear he’ll actually cough up the money while forgiving them at the same time.

Elsewhere in Kanye’s latest Twitter rampage, he suggested Michael Jackson and Prince were simply victims of the music industry.