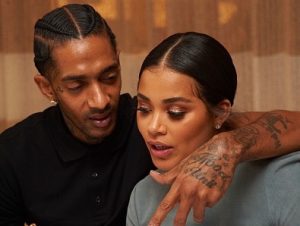 Lauren London has broken her silence following the murder of her partner Nipsey Hussle on Sunday.

Lauren posted photos of Nipsey and his family with a touching tribute in her caption.

Eric Holder had been on the run after fleeing the scene of the shooting in a waiting car.

Hussle was gunned down outside his clothing store in Los Angeles on Sunday.

Investigators believe the shooting was the result of a “personal matter” between Mr Holder and Hussle.