Share on Facebook
Tweet on Twitter
The West Indies cricket squad has been stripped of the right to train while in managed isolation, after players were found to have breached rules around their 14-day quarantine. 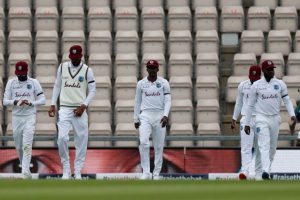 New Zealand’s Ministry of Health said CCTV footage from the team’s Christchurch hotel showed players mingling in hallways and sharing food in violation of managed isolation regulations.
The Ministry said all incidents occurred within the hotel and there was no danger to the public.
The West Indies squad, which has completed 12 of its scheduled 14 days of isolation under COVID-19 regulations, will not be able to train again until its full managed isolation period has been completed.
The Ministry said the isolation period might be extended if any further concerns arise