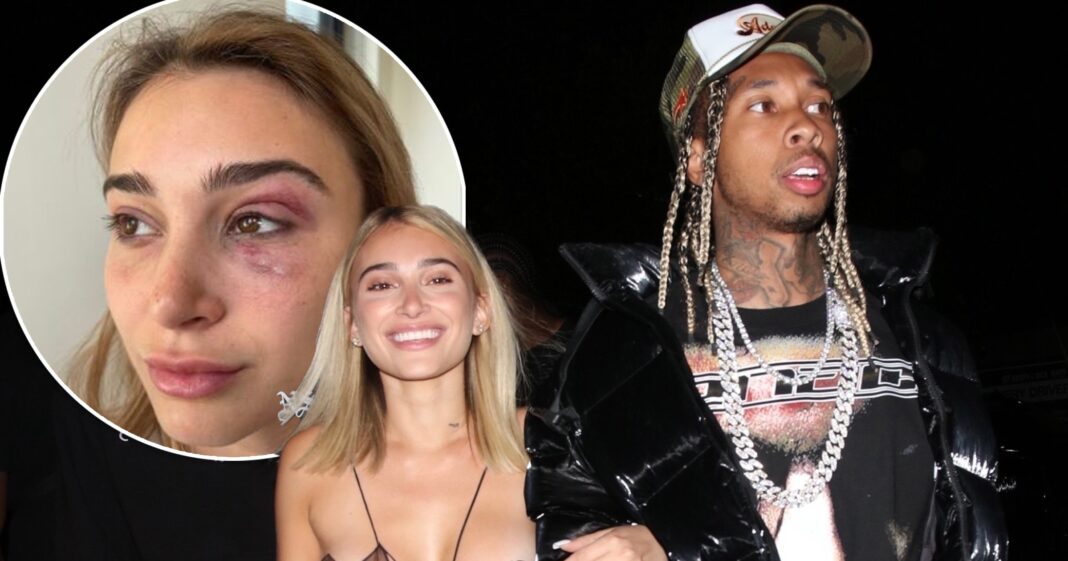 American low price cialis rapper Tyga has voluntary turned himself over to the LAPD following allegations that he got physical with his ex-girlfriend.

Sources told TMZ that Tyga turned himself in and that a charge of felony domestic violence charge might be on the table. Tyga’s ex-girlfriend, Camaryn Swanson, had posted images of her alleged injuries online, which showed visible bruises on her face.

After the alleged incident, it is said that the police showed up at Tyga’s home but he refused to speak to them.

Sources close to Tyga says Camaryn showed up at his house around 3 am and started acting belligerent at the door, generic levitra in the philippines Tyga let her inside and the yelling continued. No one is really sure what happened next best propecia but Camaryn claims he hit her and says she has bruises to prove it, while also saying that she is prepared to stand up for herself.