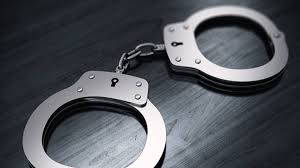 Reports from the Old Harbour Police are that about 9:20 p.m., a team of officers was on patrol in the area when they observed two men walking along the roadway.

The men were reportedly acting in a manner that aroused the cops’ suspicion.

The men were accosted and searched and one of them was found in possession of a Para Ordnance P12 .45 pistol with an empty magazine affixed.

They were arrested. Their identities are being withheld pending further investigations.