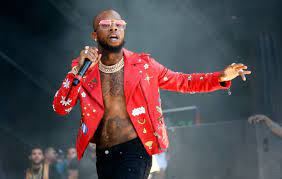 A judge has increased rapper Tory Lanez bail after prosecutors say he violated a protective order to stay away from Megan Thee Stallion when he came within usa viagra sales 100 yards of her at Rolling Loud Miami last month.

Lanez appeared in an L.A. courtroom on Monday (Aug. 23) where he was ordered to post a higher bail amount to stay out of jail while his criminal case is pending.

The terms of his bail were also modified to prohibit Tory from attending events where Megan will be present. The judge warned that if this issue comes up again, he will be remanded into custody.