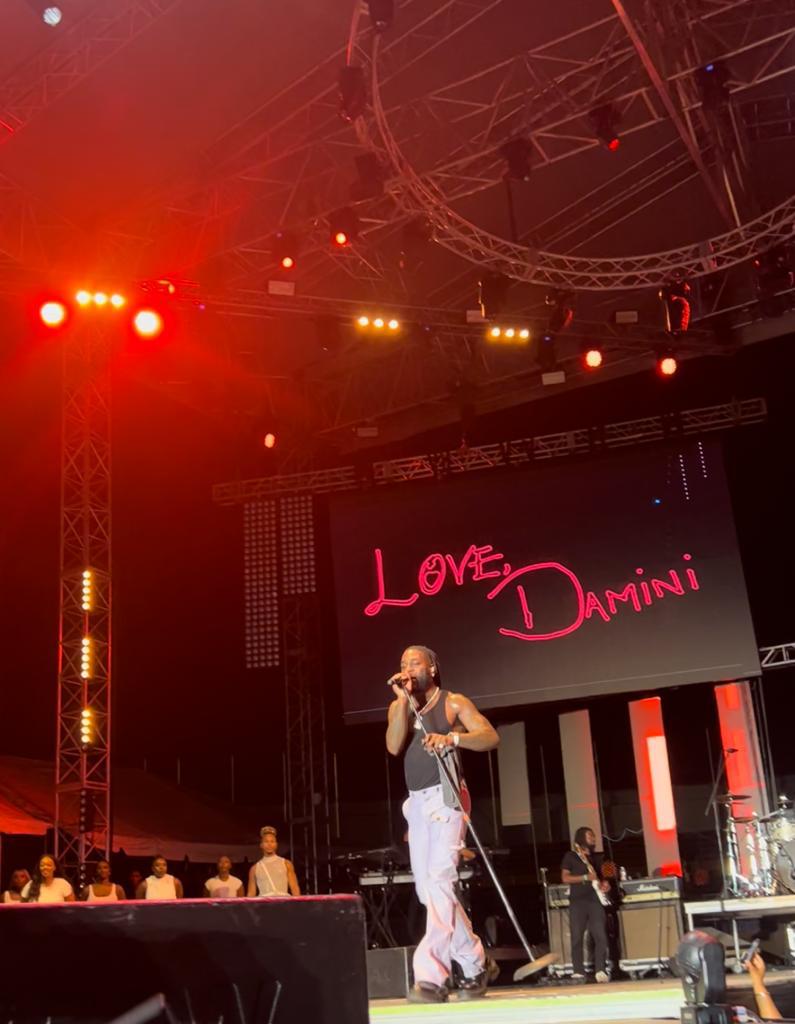 Thousands of patrons flocked the national stadium last evening to witness Nigerian Superstar, Burna Boy perform cialis fast delivery usa live for the first time on Jamaican soil. This, as he closes out the last leg of his “Love, Damini tour”, in support of his Grammy-nominated album.

Burna was supported by other acts such as Lila Ike, who opened the concert and delivered a commendable performance, which was followed by dancehall giant Popcaan, who never disappointed and held his own.

Meantime, Serani surprised patrons by coming on stage to perform “Secret”, a Burna track which he’s featured on from the African Giant album.

Despite audio challenges throughout the show, that did not stop attendees from enjoying the vibe inside the national stadium, with the African Giant delivering his trademark energetic performance that included hits from his current Love, Damini album and older songs such as “Ye”.

However, technical issues plagued the concert throughout; resulting in Popcaan exiting the stage after realising that fans were unable to hear his performance, as his microphone kept cutting out.

Nonetheless, patrons enjoyed the vibe for what’s its worth.

Meantime, Popcaan had fans eating from the palm of his hands…with the crowd singing and dancing to all his tunes,

He even brought out his girlfriend, former Miss World Toni Ann Singh for their collaborative track Next To Me…That sent the crowd in a frenzy, as the couple shared multiple hugs and even a kiss while performing on stage.

And the Zee also caught up with Wayne Marshall who praised Burna Boy for the work he’s doing as an African Star and how the Jamaican music inspired the sound of Afrobeat.