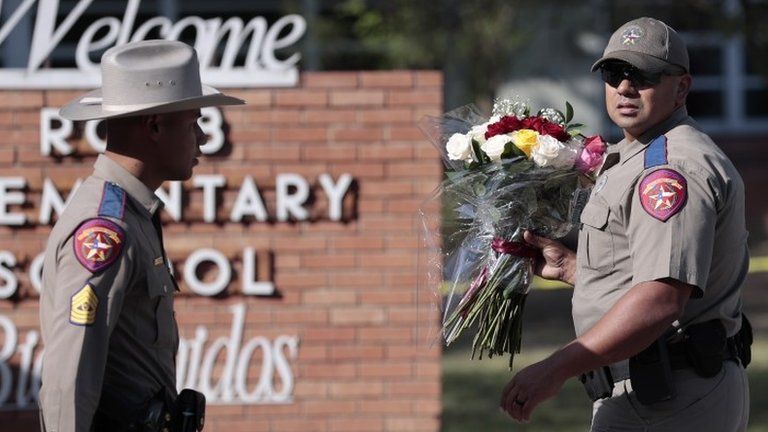 Police in Texas have revised key details about Tuesday’s deadly school shooting as criticism mounts from parents over the initial response.

The gunman roamed outside the Uvalde school for 12 minutes before entering unchallenged, police said on Thursday.

That contradicted earlier statements which said the attacker had been confronted and shot at by an officer.

He killed 19 children and two teachers before he was shot dead 90 minutes after he arrived, police said.

That delay, combined with video footage showing frustrated parents being tackled and handcuffed by police while the gunman was still inside the school, has led to growing public anger and scrutiny of the early response.

But the timeline of events was still unclear after Thursday’s briefing, and questions remain about how long it took officers to arrive and why the gunman, 18-year-old Salvador Ramos, was inside the school for more than an hour before he was killed – not by local officers – but by a tactical unit led by US border agents.