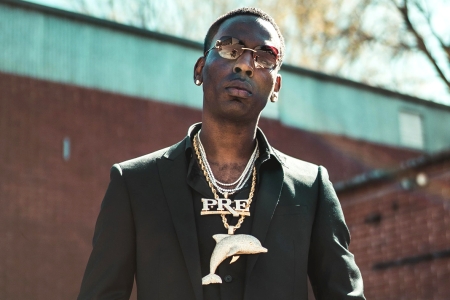 It’s been over two weeks since Rapper Young Dolph was levitra 20mg tablets gunned down at a bakery in Memphis, Tennessee.

Memphis City Councilman J.B. Smiley announced that the city will honor the late rapper by renaming a buy viagra no prescription street for him.

According to Fox13 News, a public ceremony will take place on December 15 to unveil the name of the street at the intersection of Dunn Avenue and Airways Boulevard.

The ‘Cut it’ rapper was heading to a turkey giveaway in his neighborhood when he was gunned down after stopping at a bakery. Dolph was beloved by locals and was known in his community for giving back.

Memphis police have released photos of two suspects wanted in the rapper’s murder, as well as a white Mercedes they were in at levitra shop buy the time of the killing.