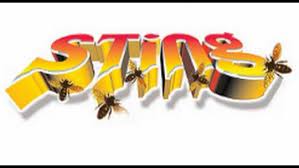 Since Richie B made the announcement at the end of Reggae Sumfest that Sting would be returning after a seven-year hiatus, several fast-rising dancehall artistes have made it clear that they are excited and ready to clash.

‘Code’ artiste Brysco, while backstage at Reggae Sumfest was recorded saying, “A di reincarnation. Because what is Dancehall widout Sting? A dat mi a tell yuh. What is Dancehall without Sting? Some artiste inna trouble enuh”. He went on to say, “Some artiste inna trouble, becaw Sting come back an oonu haffi prove to di people dem seh oonu yuh bad”.

Rising star Jahshii is also ready for clash culture at Sting. In an interview with youtuber and producer Terro Don, he states that he is ready to take on fellow artiste Silk Boss, Intense and any other artiste in his path who tries to take him on.

The highly anticipated stage show will be held on Boxing Day, December 26, at its home, Jamworld in Portmore, St Catherine