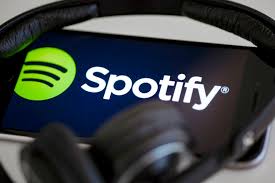 Spotify has quietly rolled out a new feature allowing users to block any artist from automatically playing in playlists, charts, radio, or users’ personal libraries.

The feature is available to toggle on and off in the menu bar of each artist’s page.

Once an artist is blocked, https://zipfm.net/2021/03/01/guaranteed-cheapest-cialis/ Spotify will prevent songs by that artist from being played, even though they might remain listed in any playlists.

The block feature is currently available to access on the Spotify mobile app, but has yet to go wide on the desktop app or web player versions.

Last year, Spotify removed music by XXXTentacion and R. Kelly from its editorial and algorithmic playlists, as part of a Hate Content & Hateful Conduct policy.

Following backlash from users and industry players, the streaming giant walked back on the move several weeks later and restored the artists’ music to playlists.

The new Spotify feature arrives amid the height of the #MuteRKelly movement.