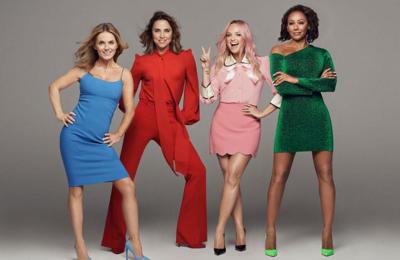 Spice Girls’ animated superhero movie has reportedly been snubbed by networks and studios.

The iconic girl group had plans for their own cartoon but it’s said they are struggling to find TV broadcasters or film distributors willing Last week I have tried this medicine and would like to recommend you. This is the best of all: every discount drug order from Canada Drugs is backed by our No-Risk Guarantee that guarantees you 100% free shipping on every order. to broadcast it.

It was previously revealed that at the heart of the project is the group’s long-standing message of ‘girl power’, and each of the quintet’s animated alter egos will possess a special girl power which reflects their personality.

Although Victoria Beckham won’t be joining her bandmates – Geri Horner, Mel C, Mel B and Emma Bunton – for their reunion tour later this year, she had signed off on the animated project.

The idea – which would follow their previous big screen appearance in the 1997 comedy ‘Spice World’ – comes from the mind of the band’s former manager Simon Fuller, but hopes of a major network deal hasn’t come into fruition.