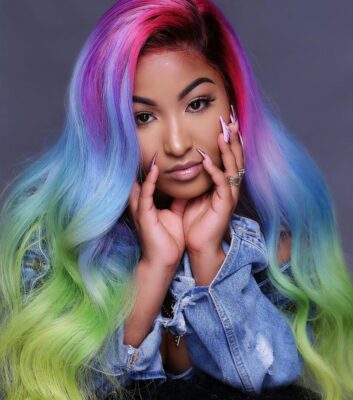 According to a celebratory post made by Shenseea this week, the entertainer claims that she is nominated for 4 Grammy Awards, citing her feature on Kanye West’s DONDA album, in addition to her features on Masego’s Studying Abroad: Extended EP, and Major Lazer’s album, Music Is The Weapon as proof.

However, according to the Grammy rules, Shenseea is not nominated for four Grammys, but has scored a single nomination for her feature on Kanye West’s DONDA album which is vying cialis online pharmacy canada for album of the year.

According to the Grammy website, the Recording Academy has stipulated that this year, if an album is up for Album Of The Year, then all credited technical and creative contributors who worked on that album are automatically nominated.

On Kanye’s Donda album, Shenseea was a featured artist on the tracks, ‘Pure Souls’ and ‘OK OK pt 2’, while Buju Banton was credited on the album for the single ‘Believe What I Say’. According to the Grammy updated rules, this makes both Buju Banton and Shenseea purchasing cialis with next day delivery Grammy nominees.

However, as it relates to Shenseea being featured on Masego’s Studying Abroad: Extended EP that is vying for Best Progressive R&B Album, and on Major Lazer’s album, Music Is The Weapon that was nominated for the Best Dance/Electronic Music Album, the Sheng Yeng Boss is not nominated for a Grammy, they are.

For example, if Masego or Major Lazer should win in their respective category, then Shenseea is likely to receive a Grammy certificate for her participation or contribution to a Grammy-winning project.