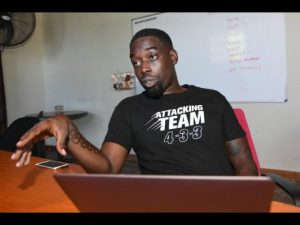 A search is still underway for the body of popular entrepreneur Andre Burnett who is believed to have drowned yesterday in St Elizabeth.

According to reports, Burnett and his family were on a weekend getaway in St Elizabeth when they decided to go for a swim.

He was swept away by waves shortly after. Officials say the search is being hampered by inclement weather in the area.

Burnett, a well-known marketer, was chief executive of Muse 360 Integrated Limited before he left to start another entity, Fren and Company Limited.