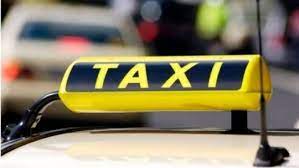 Scores of taxi operators who ply routes to Spanish Town which is better viagra or cialis St. Catherine withdrew their service this morning (Thurs), in protest against the Transport Authority.

The drivers who parked along Brunswick Avenue, Gordon Boulevard and St. Johns Road are upset that vehicles were seized as the operators were said to be operating contrary to their licenses.

The Transport Authority said some of its officers assisted levitra 20mg tablets the police in an operation in Spanish Town yesterday (Wed), and 9 vehicles were seized.

Two of them because, the operators had no road license and 7 for operating contrary,- meaning the operators were outside the route specified on their licenses.

Meanwhile, the Transport Authority has invited the association to a meeting tomorrow morning (Fri) at ten, to discuss the issue.