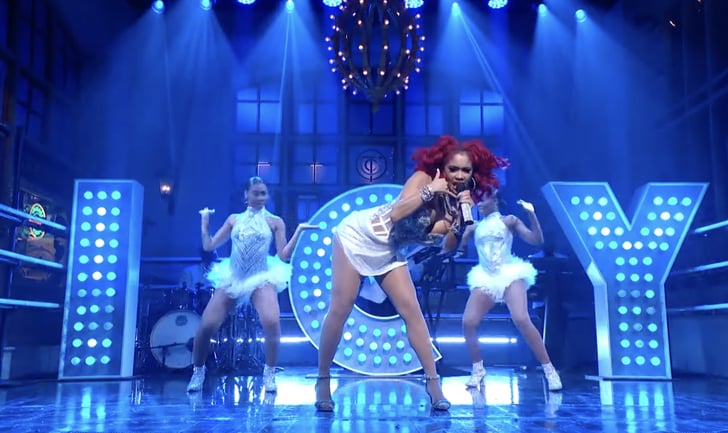 Saweetie made her Saturday Night Debut (SNL) debut over the weekend and performed her newly released single ‘Icy Chain’, which was released last Friday (Nov 19).

For her first performance, she delivered two of her biggest hits, ‘Tap In’ and ‘Best Friend’. She rocked a bedazzled bodysuit levitra kaufen and bright red hair. The 28-year-old rapper brought an old Hollywood glam type of vibe.

For her second performance, ‘Icy Chain’, she changed into a white mini dress, which included lots of twerking throughout the choreographed dance routine.

Saweetie’s SNL debut comes ahead of the release of her debut album, which was originally slated to drop in June but has since been pushed to 2022.