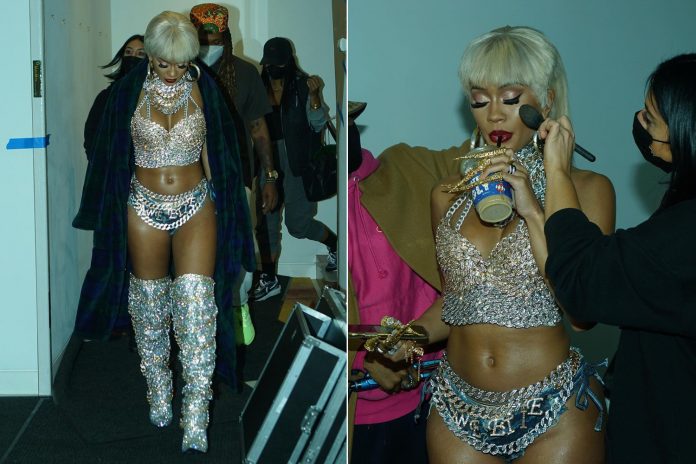 Earlier this week, fans called out the rapper for wearing an outfit notably reminiscent of 90’s Dancehall Queen splendor.

The image sent tongues wagging, as many Jamaican fans blasted the star for appropriating Dancehall culture without acknowledgment.

Saweetie sparked controversy after she was captured wearing the risque two-piece ensemble. She completed the eye-catching outfit with levitra shop buy a platinum blonde wig, and matching thigh-high boots.

However, according to fans, the rapper’s outfit looked straight out of the closet of 1990s Dancehall Queen Carlene Smith