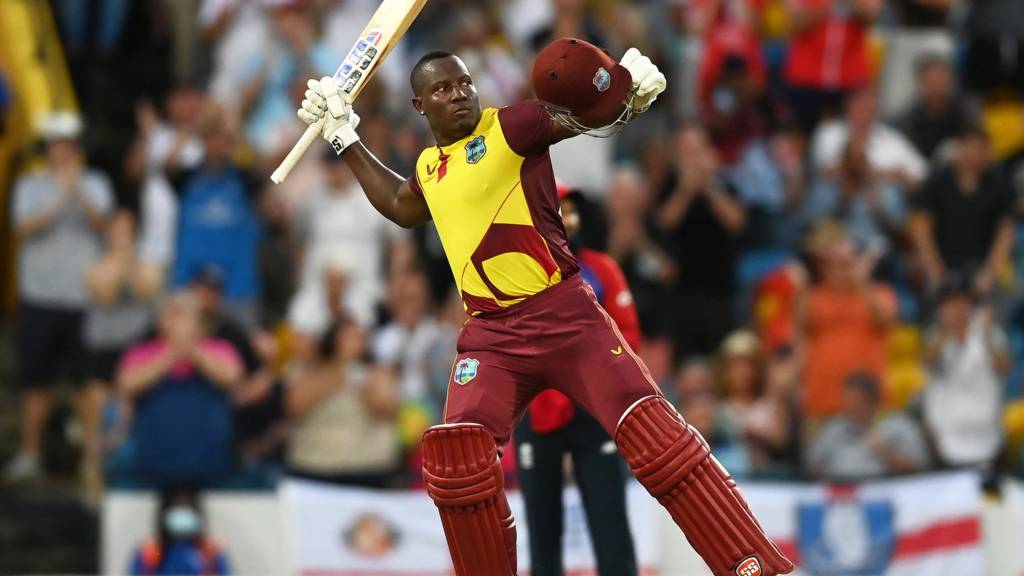 Rovman Powell hit a majestic century to lead West Indies to a 20-run victory over England in the third Twenty20 in Barbados.

Powell struck 107 off 53 balls, including 10 sixes, as he ruthlessly punished wayward bowling by England to record his maiden T20 ton.

He put on 122 for the third wicket with Nicholas Pooran, who smashed 70 off 43, as the hosts posted 224-5, their highest T20 score against England.

West Indies now lead the five-match series 2-1, with the final two games to be played on Saturday and Sunday.