Home Z- Sports Remainder of the 2021 Pakistan Super League to be played in Abu... 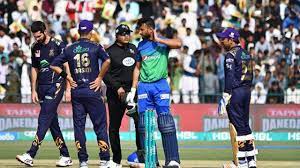 The remainder of the 2021 Pakistan Super League will be played at the Sheikh Zayed Stadium in Abu Dhabi from June usa viagra sales 9, with the final set for June 24, the Pakistan Cricket Board has announced.

The sixth edition of the tournament was suspended in March after 14 games, after seven individuals, including six players, tested positive for COVID-19.

Karachi’s National Stadium had previously been identified as a possible venue for the remaining games.