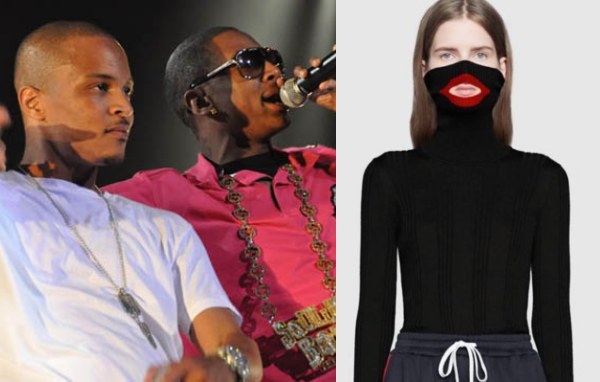 T.I. and Soulja Boy are encouraging fans to follow in Spike Lee’s footsteps by boycotting Gucci.

The since-discontinued piece was widely criticized for resembling the act of blackface, as its collar had a large mouth opening that was outlined by exaggerated red lips.

Gucci apologized for the sweater and insisted they were “turning this incident into a powerful learning moment.”

T.I. didn’t accept the apology, and vowed to stop buying, wearing, and supporting the label until it learns to “RESPECT OUR DOLLARS & VALUE OUR BUSINESS.”