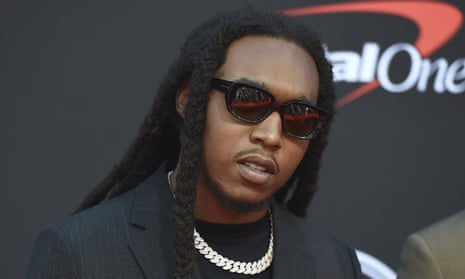 Fans will gather Friday to remember buy cialis without prescription slain rapper Takeoff, a member of the hip-hop trio Migos, in downtown Atlanta near where the 28-year-old grew up.

State Farm Arena, home of the Atlanta Hawks, is hosting a memorial service to celebrate the rapper’s life and music.

Takeoff, born Kirsnick Khari Ball, was shot and killed earlier this month outside a Houston bowling alley. A woman and another man were also wounded during the shooting.

No arrests have generic levitra vardenafil been made.

Free tickets to the memorial service were available to Georgia residents, but State Farm Arena said the event reached capacity and fans without tickets should not come downtown.

The venue did not release a program for the event.

Migos broke out nearly a decade ago with the 2013 hit “Versace,” which hit even greater heights in popularity through a Drake remix.

Takeoff was the youngest of the group and often considered to be its most laidback member.

Instead of flowers or gifts, his family has asked that people make donations to The Rocket Foundation, which was established in Takeoff’s honor and aims to prevent gun violence, according to its website.