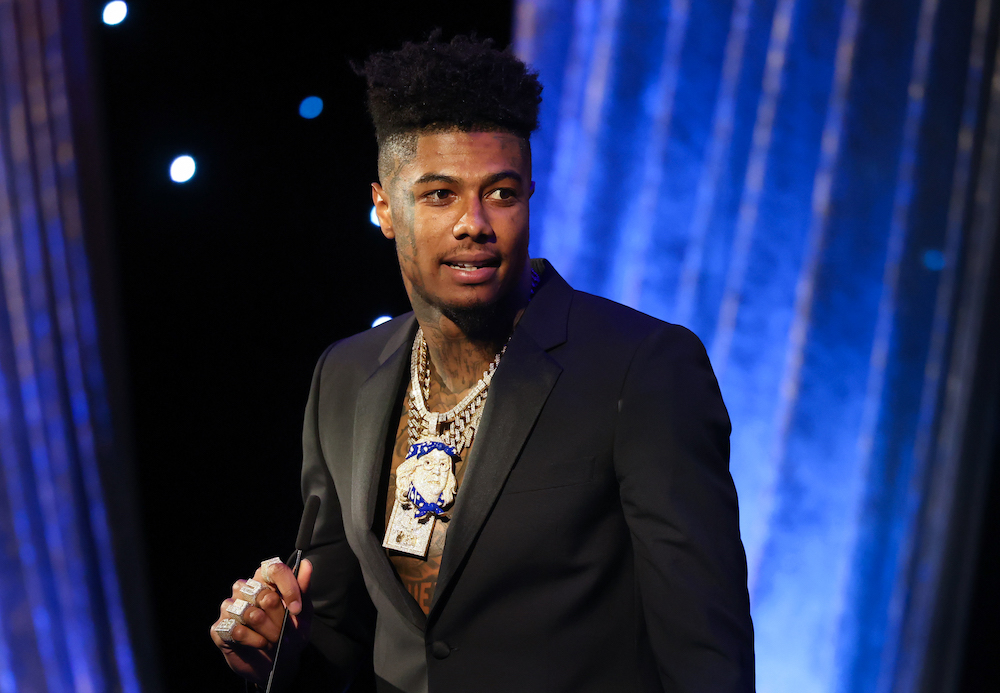 Rapper Blueface was arrested outside a business in Las Vegas on Tuesday, Nov. 15.

The Las Vegas Metropolitan Police Department confirmed that the rapper was arrested on charges stemming from a shooting that took place on October 8, 2022.

He will be booked into the Clark County Detention Center on warrants for attempted murder with a deadly weapon and discharging a firearm at/into an occupied structure.

The 25-year-old rapper is best known musically for his 2018 hit “Thotiana,” which received two official remixes from YG and Cardi B.