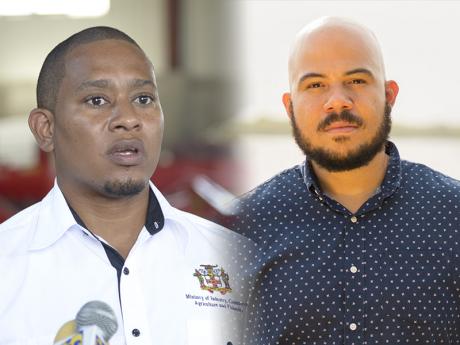 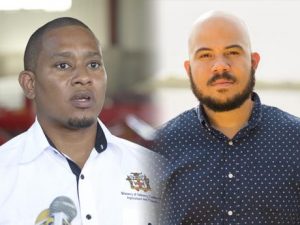 Social media has been in a frenzy after a video surfaced last night with Agriculture Minister, Floyd Green and several others at a social gathering https://zipfm.net/2021/02/22/viagra-50-mg/ on a no movement day.

In the video, you can see Green along with JLP councillor for the Mona Division in the Kingston and St Andrew Municipal Corporation, Andrew Bellamy and others sharing a toast with several bottles of Moet and other refreshments. During the toast, you can hear persons shouting, “No movement Day…” and “…shower Labourite”.

Social media users were quick to point out that no one was wearing a mask except a female who seemed to be a server. As the video racked up views persons on social media levitra at walmart gave their two cents. One person wrote, “nothing about this is funny, bout post it tomorrow. A fool dem teck the general public for. Kmt”, while another commented, “make it was a normal man a prison him de”.

According to local reports, Prime Minister Andrew Holness was greatly displeased with the video. Following a meeting with Prime Minister Holness, Floyd Green tendered his resignation from cabinet. In his resignation letter, Green said, “I have disappointed so many. My family including my son, my Prime Minister and most importantly, the people of Jamaica who I have sworn to serve…No matter how briefly, and regardless of the circumstances, I should never have participated in any engagement that could indicate a lack of appreciation of the difficult and serious realities that now face the entire country…My actions have demonstrated a lack of sensitivity for the difficult realities that all of us are facing currently.”

Local reports also say that councillor Bellamy will be relieved of his duties on all boards and committees of the Kingston and St Andrew Municipal Corporation.

Ziptocrats, what are your thoughts on this matter?