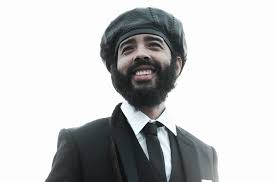 Reggae Artiste Protoje is set to make his debut on US guaranteed cheapest cialis television.

This when he makes an appearance Thursday, on the Popular ”The tonight Show starring Jimmy Fallon”.

The artiste is also expected to perform.

Meanwhile, since the release of his 2018 album, A Matter OF Time”, protoje released a brand new single days ago, titled “Not Another Word”featuring Agent Sasco and Lila Ike.

The song is being described as one which ”speaks starkly about a number of societal issues and incidents, offering a chilling reckoning of current times”.

Protoje hits the road this month touring the viagra no rx required United States and Europe, with stops at the California Roots Music Festival, Summer Jam Festival, and a string of dates with Rebelution.