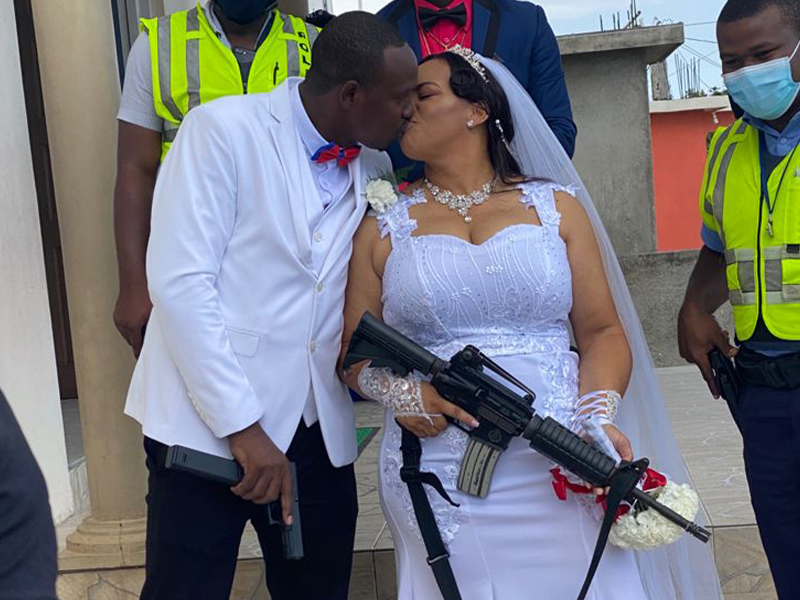 A high-level probe has been launched following a viral photograph on social media, in which a newlywed husband cheap levitra tablets and wife were seeing brandishing, what seemed to be police-issue firearms.

Head of the police’s Corporate Communications Unit, Senior Superintendent Stephanie Lindsay, says an investigation has begun to determine the origin of a photograph.

The bride posed with an assault rifle while the husband had a handgun, while uniformed policemen men looked on.