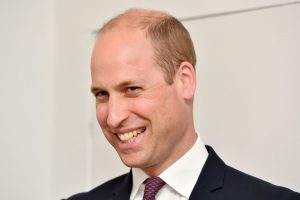 A new survey has decidedly crowned Prince William as the world’s sexiest bald man, however, the internet has its doubts about the accuracy of this study.

According to British news outlet, The Sun, researchers at the surgical group Longevita found that the Duke of Cambridge’s name and the keyword “sexy” came up in Google searches and articles 17.6 million times.

Social Media had a lot to say about the study’s findings. One user wrote, “April fool’s day is next week, please. Delete this. It’s not too late”. Another commented saying, “This must be a slap for bald men everywhere.”