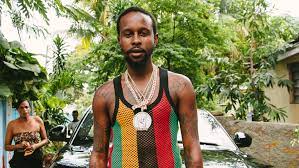 Popcaan has pleaded not guilty to breaches of the Road Traffic Act.

This, when he appeared in the Yallahs Traffic Court (Thurs) today.

However, he argued that he was not driving the bike when the police intercepted the group.

Popcaan is scheduled to return to court on September 2.