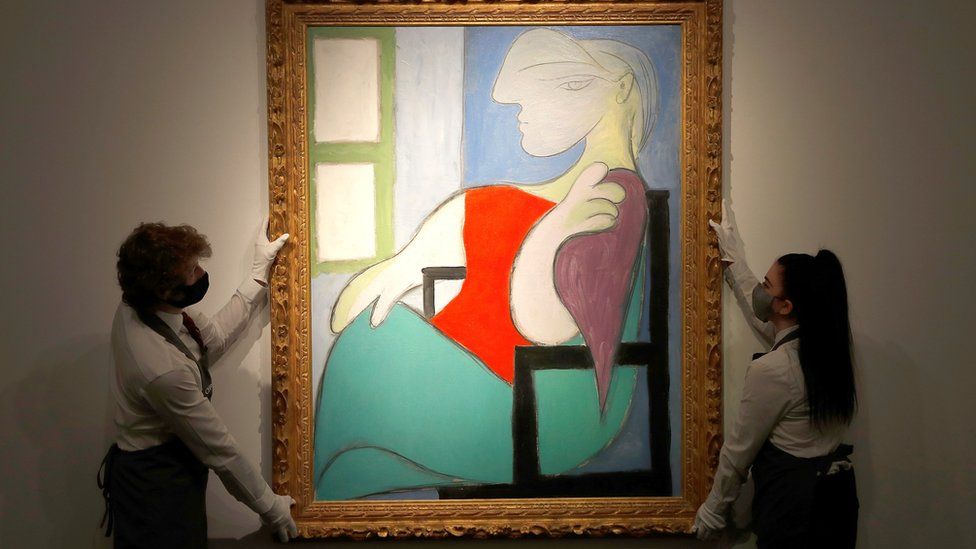 A painting by Pablo Picasso has sold for more than $100m – marking the fifth work by the Spanish artist to sell buy propecia without prescription for a nine-figure sum.

Woman Sitting Near a Window sold for $103.4m on Thursday at Christie’s auction house in New York.

That figure comprises $90m for the painting itself, with fees and commissions on top.

The auction house had estimated the painting would sell for 55 million dollars.

The work was sold after 19 minutes of bidding.