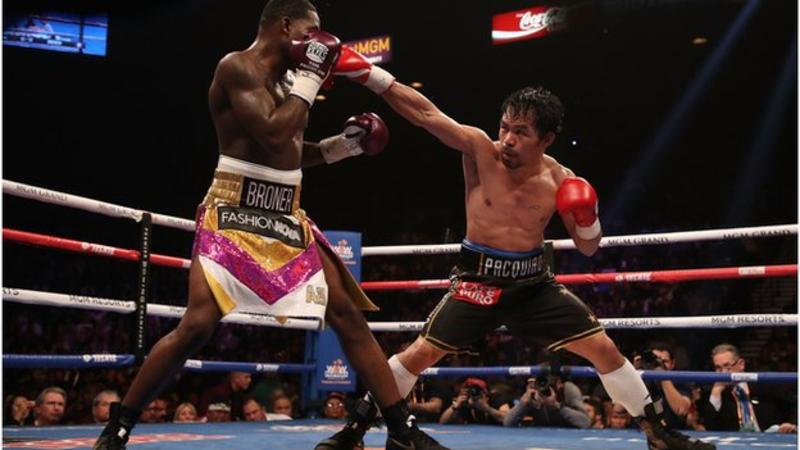 The Filipino, in his 70th fight and his first as a 40-year-old, rocked the former four-weight world champion with a stunning left in the ninth round.

He dominated his American opponent, who is 11 years his junior, connecting with more than twice as many punches.

In the meantime, Pacquiao has challenged five-weight world champion Floyd Mayweather to a rematch, calling for the American to come out of retirement.

Pacquiao, 40, lost to Mayweather in 2015 by unanimous points decision, but has since regained a version of the world title.