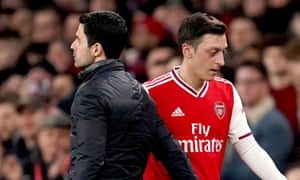 Mesut Ozil has accused Arsenal of a lack of loyalty after being left out of their Premier League squad, but vowed to keep “fighting” for his chance.
Ozil, the highest-paid player in Arsenal’s history, appears to have played his last game for the club after he was not included in their Premier League squad for the 2020/21 season.
In a statement, the 32-year-old said he was “saddened” by the decision – another blow after he was left out of their Europa League plans viagra england last week.
Ozil’s £350,000-a-week contract expires at the end of the season – his eighth at the club – but he promised he would “not let my eighth season at Arsenal end like this”.