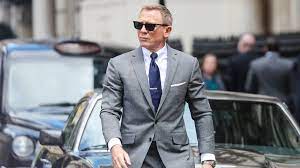 The London world premiere of “No Time to Die” will stream exclusively on Facebook.

The social media platform has secured access to the live red carpet at London’s Royal Albert Hall on Tuesday (Sept. 28), and will broadcast the event on both Facebook and through Oculus Venues, an experiential space for the Facebook-backed Oculus VR headset.

The production will incorporate Facebook’s social video tools, such as live comments, captioning and Q&As.

“No Time to Die” stars are expected to hit the red carpet in London, alongside Prince William and Duchess of Cambridge Kate Middleton, as well as Prince Charles and Duchess of Cornwall Camilla Parker-Bowles.

Also set to attend are healthcare workers and members of the armed forces.

The Bond launch is one of the most hotly anticipated premieres for the U.K. industry. The movie was originally slated to debut in April 2020 before the COVID-19 pandemic pushed its release to November 2020, and then again to April 2021. In January, the film was delayed again to October. Mercifully, its final release date has stuck.