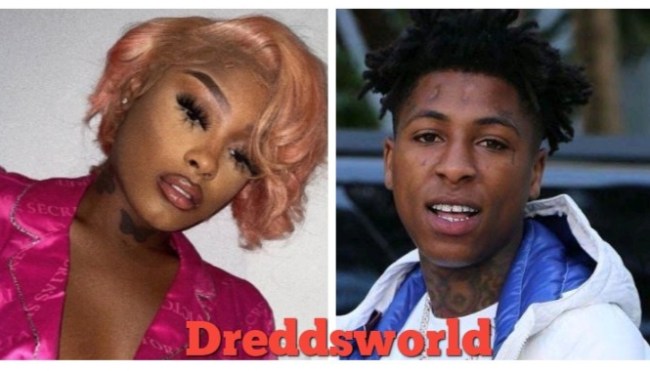 Rapper NBA Young Boy’s ex Lil Blue has been trending on social media after a video of her price of levitra new tattoo circulated on social media.
Lil Blue’s new tattoo is quite odd and has people talking. The beautiful lady tatted her ex-boyfriend NBA YoungBoy’s government name “Kentrell” on the inside of her lips.
Blue and Baton Rouge rapper dated for a while before going their separate ways but apparently, she wants his name to be forever in her mouth.. and that’s literally, according to her.
Following backlash from folks online, she addressed the viral clip saying: “It’s inside my lip. I can buy levitra online sildenafil do what I want. Who made you perfect?” she wrote on her story.