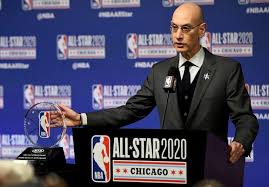 The NBA All-Star Game Kobe Bryant MVP Award will be presented at the conclusion of the 2020 NBA All-Star Game in Chicago, where the league is celebrating the lives of Bryant, his daughter Gianna and seven other people who tragically passed away in a helicopter crash on January 26.

That appearance marked the first of his 18 All-Star selections, second-most in NBA history behind Kareem Abdul-Jabbar (19).