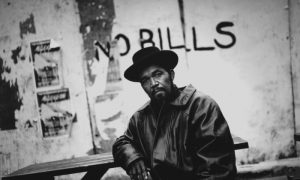 The ska sound that began in the early 1960s quickly made its way which is better viagra or cialis to the Jamaicans who had journeyed to Britain a decade before. Arguably the most popular exponent of the style was Prince Buster.

He was born Cecil Bustamante Campbell in 1938 in the ehart of downtown Kingston, and was partially named for then labour leader and future Prime Minister, Sir Alexander Bustamante.

Buster first made a name for himself at Kingston’s famed Glass Bucket levitra female club, performing while still a youngster in school. He would soon become involved in the growing sound system phenomenon and eventually most associated with Clement “Sir Coxsone” Dodd’s Downbeat Sound, as selector and general administrator.

His breakthrough would come, not as a vocalist but as a producer, on the now classic Ffolkes Brothers hit “Oh Carolina” which would be licensed by UK label Melodisc, and released on their subsidiary Blue Beat. He would also gain fame for his lyrical rivalry with Derrick Morgan, which spawned the hit “Blackhead Chineyman” among others.

He would have hits of his own as a vocalist, including “Wash Wash” “The 10 Commandments” “What A Hard Man Fi Dead” and “Earthquake” but Buster’s legacy would strengthen in later years with the ska/two-tone revival in the UK. He would be name-checked by several UK groups, including Madness (“The Prince”), the Specials and the Beat, and a later UK hit “Wine & Grine” would be featured in an ad for Levi’s jeans.

By the mid-2000s, his health had deteriorated severely. He suffered a series of strokes, including one in 2009, which left him unable to walk. Buster died in Miami hospital on September 8, 2016, age 78.

He had been awarded the Order of Distinction, for Contribution to Muic, in 2001.