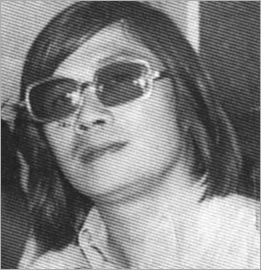 Over the course of a short life (he was barely 38 when he died), Leslie Kong became one of the most influential figures in the development of Jamaican music and it’s international appeal.

In 1961, he encountered a young man outside of his shop singing a song he had written called “Dearest Beverley,”(reportedly inspired by Kong’s wife Beverly) in the hopes that the mention of the establishment would convince Kong to record him. This encounter led Kong to launch his own record label, Beverly’s and to record Cliff’s song, launching Cliff’s career in the process.

Cliff soon took on an A & R role for the label, and brought a young Bob Marley to Kong’s attention. Like Cliff, Marley would record his first single: “One Cup of Coffee” (backed by “Judge Not”) for the Beverly’s label. Cliff’s first hit, “Miss Jamaica” would also emerge from the label.

Throughout the 1960s, Kong kept recording many leading Jamaican artists from ska to reggae through rocksteady,  including Desmond Dekker, Toots & the Maytals, & John Holt. A shrewd businessman, Kong was one of the original shareholders in Chris Blackwell’s Island Records (with Blackwell and Australian Graeme Goodall).

Starting in 1963, Kong began licensing ska recordings to Blackwell for release in the UK on Island’s Black Swan imprint. When Blackwell bought out the shares of the other two in 1967, Kong and Goodall teamed up to form the Pyramid label in the UK for the successful release of Kong’s rocksteady and early reggae productions. Pyramid folded in 1969, but Kong’s string of success in the UK continued with viagra for her another legendary label, Trojan Records.

Kong enjoyed international hit status through Dekker (“007/Shanty Town” and “Israelites” the latter going to the top of the UK Singles Chart in April 1969; it went to #9 in the US), the Melodians (“Rivers of Babylon”) and Toots and the Maytals (“54-46 Was My number” “Monkey Man”).

Kong was reportedly the subject of a curse pronounced by Bunny Wailer for his then plan to release a compilation album of tracks from the singles by the Wailers which he produced. Wailer allegedly told Kong that he would die if he went ahead and released the record. Kong issued the release in 1970.

He died of a heart attack in August of the following year.