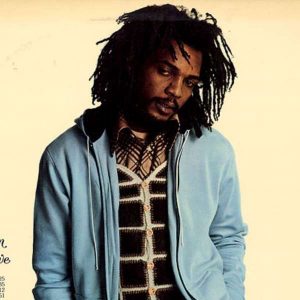 The worldwide recognition of the dub sub-genre (and the related genres), is owed partially to Keith Hudson, who along with Lee “Scratch” Perry and Osborne “King Tubby” Ruddock, levitra vs viagra was instrumental in its development.

Raised in a musical family, Hudson attended Boys Town School, where he would organize concerts with schoolmates including Bob Marley, Delroy Wilson, and Ken Boothe. He was an ardent follower of Coxsone Dodd’s Downbeat sound system and was soon hanging out with musicians such as Don Drummond,
After leaving school he served an apprenticeship in dentistry, and used these skills to raise money for recording sessions. These early 45s on his own Imbidmts and Rebind labels enjoyed sufficient success to enable him to purchase some studio time where to buy cialis canada of his own.

For the first half of of the 1970s, he regularly used the Soul Syndicate band, featuring George “Fully” Fullwood and Carlton “Santa” Davis. Hudson recorded countless tracks as a singer, and concentrated on his singing career from 1972. He started further record labels such as the Mafia label.

In 1974, Hudson released his classic Pick a Dub, widely considered to have been the first deliberately thematic dub album, with tracks specifically mixed in the dub style for the purpose of appearing together on an album. It featured dubwise mixes of his “We Will Work It Out”, the basic track for “S-90 Skank”, with a fresh melodica part by Augustus Pablo, Skiddy and Detroit’s “The Exile Song”, and remakes of The Abyssinians “Satta Massagana” and “Declaration of Rights”. It was also the first dub album to gain a release in the United Kingdom.

In 1976, Hudson moved to New York City and signed a four-year contract with Virgin Records, the first release being the soul-influenced album, Too Expensive, which was poorly received by critics and didn’t sell well.

Hudson eventually resumed working with the Soul Syndicate, and his album “Rasta Communication” (1978), which had been preceded by its issue on dub as Brand, was well received by a wider audience and is still considered a roots reggae classic. He followed with ed by Nuh Skin Up Dub and its vocal counterpart From One Extreme to Another in 1979.

By the early 1980s, the emerging dancehall rhythms were not to Hudson’s liking, and he reverted to his classic rhythms for his next to last album Playing It Cool (1981), recording new vocals on heavily overdubbed mixes of the earlier tunes.

Hudson was diagnosed with lung cancer in August 1984, and appeared to be responding well to treatment, but on the morning of 14 November he complained of stomach pains, collapsed and died