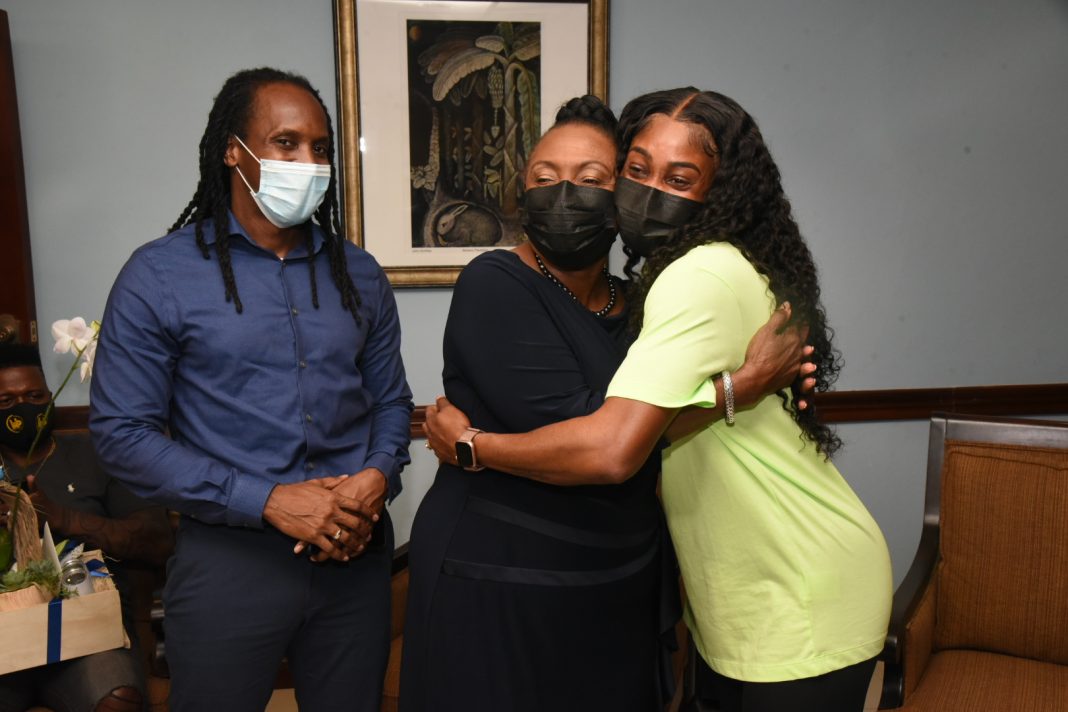 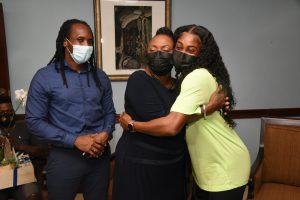 Minister of Culture, Gender, Entertainment and Sport Olivia Grange, has levitra bayer original buy commended five-time Olympic gold medallist, Elaine Thompson-Herah, on her outstanding success, noting that she and the other athletes have brought pride to the country.

The Minister was addressing a brief ceremony at the Norman Manley International Airport in Kingston yesterday (Wed) to welcome home Thompson-Herah, following her recent impressive performance at the Tokyo Olympic Games 2020, where she won three gold medals.

Dubbed the “second fastest woman in the world”, she ran an Olympic record of 10.61 seconds to retain her 100-metre title, leading a trio of Jamaican women to the podium and lowering the 10.62 seconds mark set by world record holder Florence Griffith-Joyner in Seoul, 1988.

She also won the 200 metres in an impressive 21.53 seconds, the second fastest time ever recorded, with the third gold medal coming in the 4×100-metre relay.

Thompson-Herah’s impressive performances continued on the Diamond League circuit where she ran an all-time best of 10.54 seconds in the 100 metres in Eugene, Oregon, in the United States on August 21, to inch closer to the world record mark of 10.49 seconds.

State Minister in the Ministry, Hon. Alando Terrelonge, who was also at the airport to greet Thompson Herah, said her “stunning” accomplishments are not only being hailed by Jamaica but the entire track and field world.