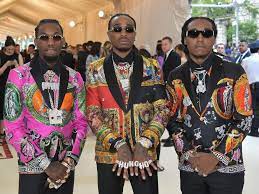 On Wednesday, Offset posted the cover art for the song “Straightenin” with the caption revealing the release date, “5/14 midnight.”

The trio has been teasing the public with snippets of the single for some time.

The song might be the lead single from the group’s highly awaited upcoming album, Culture III. The full album will be released sometime this year, but the exact date guaranteed cheapest cialis has not yet been revealed.