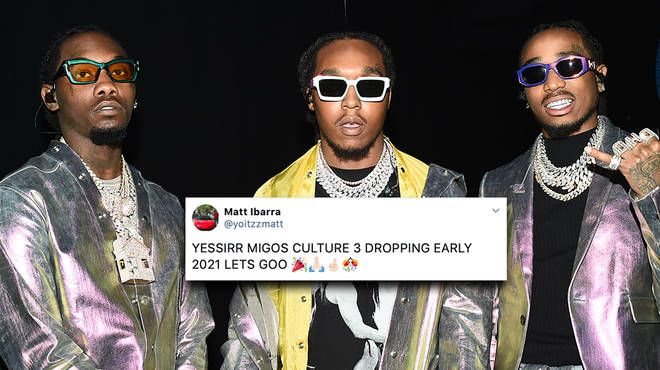 Quavo has said Migos‘ third album is being mixed.

‘Culture III’ will follow the trio’s last record, ‘Culture II‘, which was released in 2018.

Quavo, who makes up the Atlanta rap group with Offset and Takeoff, said on Twitter that the project is “Goin InTo Mixing”.

In rx cialis February, Quavo told fans the album would arrive in the coming weeks.

Nothing materialised, however, the group shared a snippet of a new, untitled track a month later, again promising that ‘Culture III’ would arrive soon.

Producer Murda Beatz also confirmed last month that he was working on ‘Culture III’ in the studio with Migos.