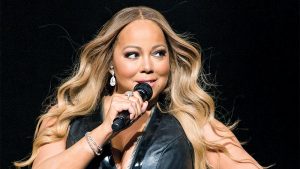 The pop icon has parted ways with Roc Nation after three and a half years.

According to British tabloid newspaper The Sun, Mariah quit JAY-Z’s management company after a “huge fight” between the stars about the future of Carey’s career, which reportedly led her to seek new management.

However, another source close to the situation tells The Daily Mail that claims of a fallout between Mariah and JAY-Z are “simply not true.”

She will formally depart in the next few weeks, but the Roc Nation website no longer lists her among its clients.

Reports are that Carey, who signed with Roc Nation in November 2017,  have already begun “talking to other managers and thinks she has found someone who she feels has full belief in her.”

She is currently working on a cheap generic sildenafil citrate new album and world tour.