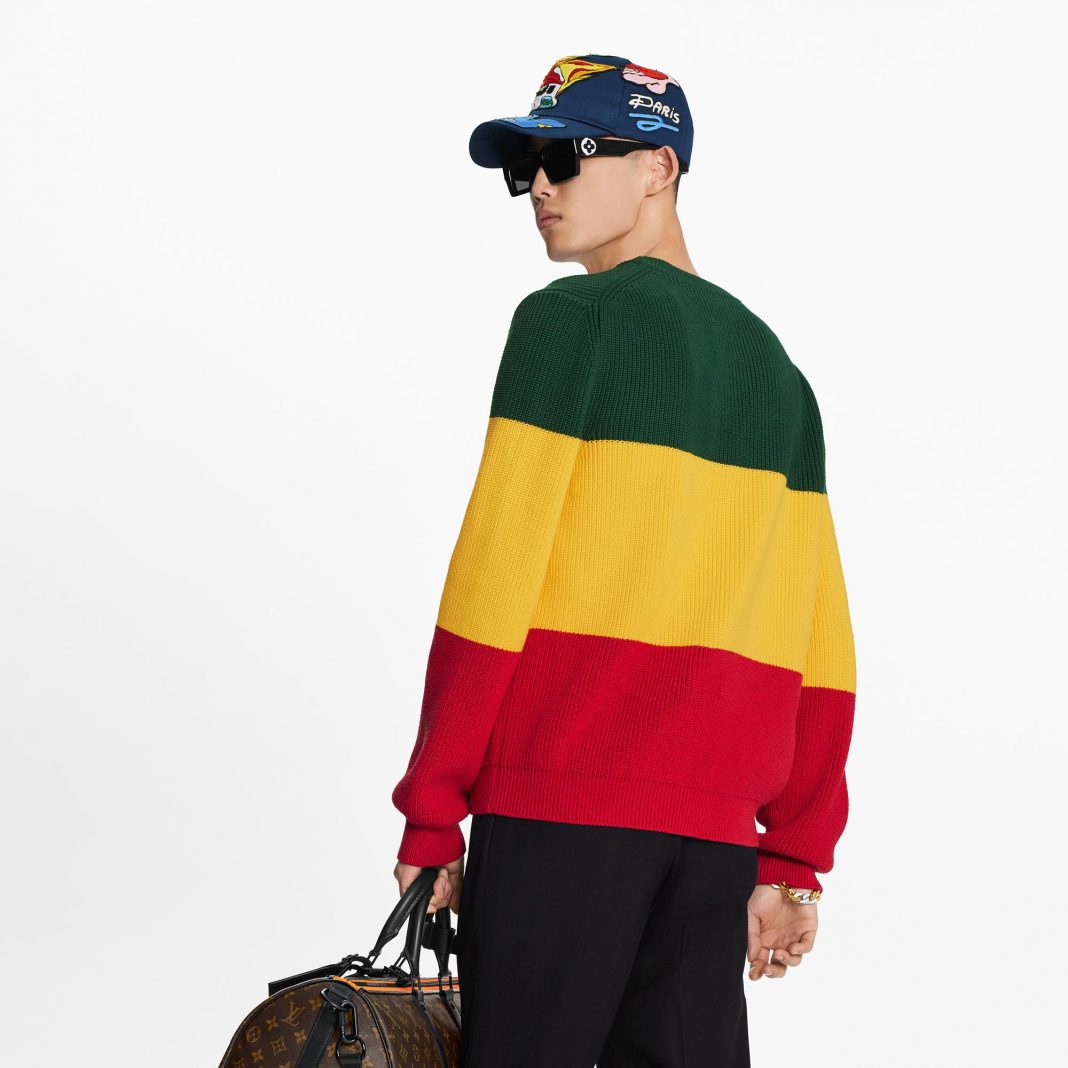 Share on Facebook
Tweet on Twitter
French luxury fashion brand  Louis Vuitton has sparked controversy for one of its latest menswear designs called “Jamaican Stripe Sweater”.
Twitter user @pam_boy was reportedly the first to call out the item, which retails for 1,340 US dollars and features three stripes in green, yellow, and red, while Jamaica’s flag, on the other hand, is black, green and gold.
Reggae icon Bob Marley’s daughter, Cedella, also called out the levitra kaufen brand on her Instagram page on Wednesday. She captioned a photo of her father, wearing a sweater with similar colours, “Bob says that’s the Ethiopian flag @louisvuitton”
Virgil Abloh, Louis Vuitton’s creative director of menswear, is reportedly a fan of Jamaican culture — he’s even collaborated with Jamaican born skateboarder Lucien Clarke in the past.
The issue with this particular sweater is not that it was inspired by a flag or a culture; it’s that the original product description allegedly said the sweater was modelled after the Jamaican flag, when in fact it was not.
People on Twitter were quick to point out that the sweater looks as if it’s inspired by the Rastafarian flag, as opposed cheap cialis without prescription to the official Jamaican flag.
Louis Vuitton has since updated the description of the sweater to remove the word “flag” and swapped it with “cultural heritage”