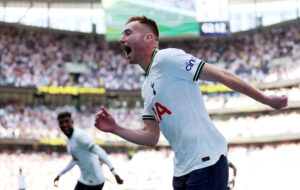 Title contenders Liverpool could only manage a draw at Fulham on the cialis online usa opening Saturday of the Premier League season while Chelsea and Tottenham Hotspur made winning starts to the new campaign.

Liverpool had to come from behind twice to cancel out goals from Fulham’s Serbian striker Aleksandar Mitrovic with new signing Darwin Nunez and Mohamed Salah on target in the 2-2 draw for Juergen Klopp’s side.

Spurs also went behind, at home to Southampton, but then Antonio Conte’s side cruised to a 4-1 victory over the Saints.

A penalty on the stroke of halftime from Jorginho was enough to give Chelsea a hard-fought 1-0 win at former favourite Frank Lampard’s Everton.