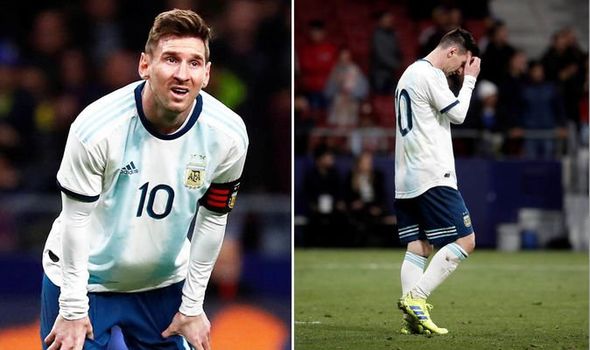 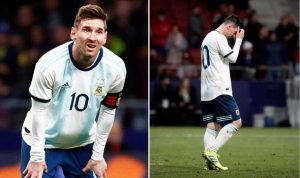 Lionel Messi made a disappointing return to Argentina duty as he was injured in a 3-1 defeat by Venezuela.

Messi, 31, finished the match but felt pain in his groin and will sit out Tuesday’s friendly against Morocco.

The injury, described as a flare up of an existing problem, is not thought to be serious.