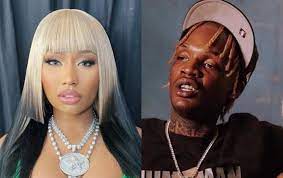 Not all eyes will get to see the long anticipated music video for Likkle Miss remix.

The music video for the popular song by Skeng and Nicki Minaj was released on Sunday, September 25 on YouTube.

However, Nicki received a rude awakening by the streaming platform that the video has been age restricted.

According to the streaming site the video was restricted due to a breach of the platform’s Community age- restricted Guidelines. This makes the content not suitable for viewers under the age of 18.

“This was done to stop us from getting a lot of views in the first 24 hours. Imagine this. They restricted my video but have things a million times worse on their BOGUS PLATFORM.” Frustrated Nicki wrote.