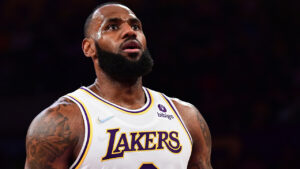 LeBron James may not be playing in the NBA Finals, but he’s still having a good June.

According to Forbes, the Lakers star now has an estimated net worth of $1 billion, making him the first active NBA player to become a billionaire.

Michael Jordan is the NBA’s only other billionaire, but he didn’t reach that mark until 2014, years after he stopped playing in the NBA.

During his NBA career, James has earned over $385 million in salary from his time with the Cleveland Cavaliers, Miami Heat viagra england and Lakers.