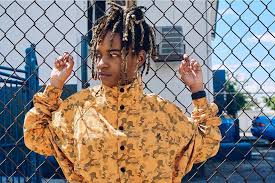 The song is heaping positive reviews since it’s release on music sharing platforms.

It follows the release of Toast, a favorite among music lovers since its 2018 release. While speaking with the Zee the teen sensation expresses gratitude for her rapid rise and recent success so far.

Meanwhile, notable reggae producer Teflon who worked on the EP, expects the project to do well upon release, due to what he calls ‘its universal sound’.