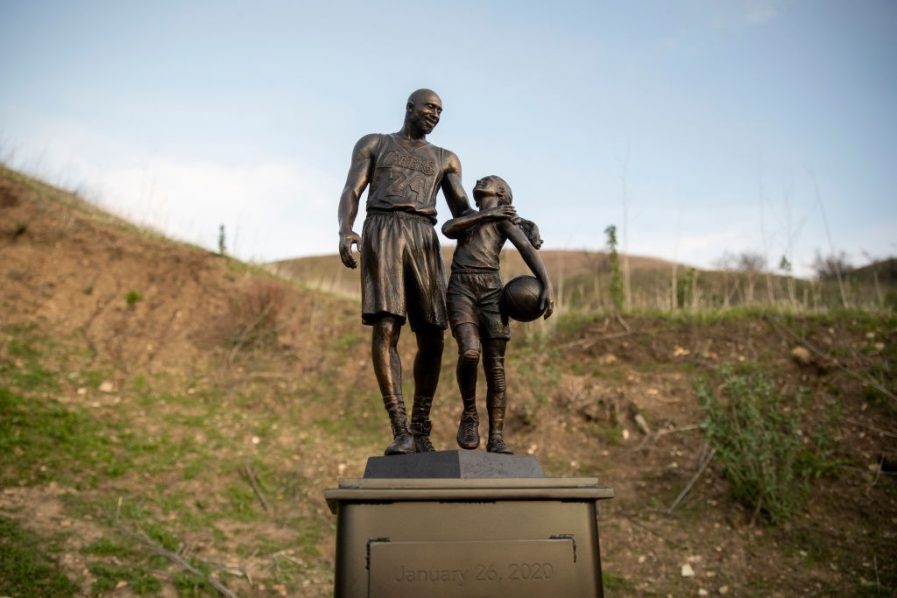 A statue of Kobe and Gianna Bryant has been constructed at the site where the father and daughter, along with seven other people, tragically passed away in a helicopter crash two years ago.

The figure, which was built by Dan Medina, is 160 pounds and made of bronze.

At the base of the statue, it read, “Heroes come and go, but legends are forever.”

The names of all nine victims of the Jan. 26, 2020 helicopter crash were also written on the bottom.

The piece will only be at the location temporarily in hopes that the city will build a larger version to honor Kobe and GiGi’s lives.