Home Z- Entertainment Jay-Z Induced into the Hall Of Fame 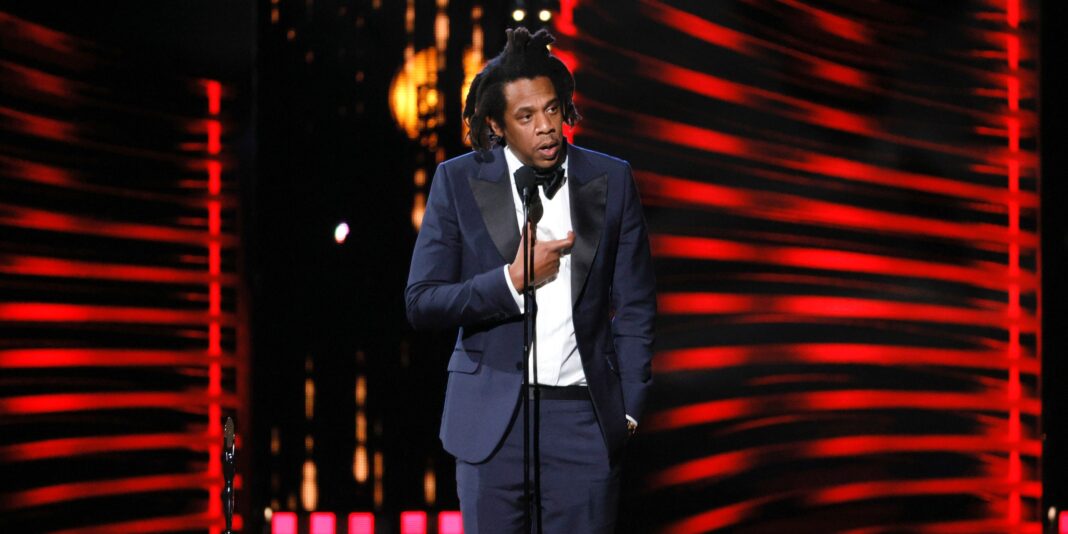 Once a drug dealer on the tough streets of Brooklyn, New York, Jay-Z rose through the rap world with hard, straight-forward songs that often portrayed the struggles of Black people in America.

His catalogue includes songs like “Hard Knock Life,” “99 Problems” and “Empire State of Mind” as well as 14 No. 1 albums.

Following a video introduction that included President Barack Obama, LeBron James and David Letterman, Jay-Z was inducted by comedian Dave Chappelle, who praised him for being an inspiration.