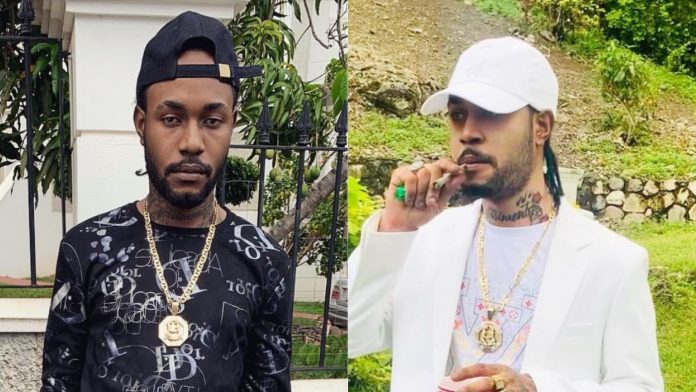 Recording artiste Jahvillani created quite a stir this week after generic cialis india debuting a much lighter skin tone over the weekend.

In a now viral video, the wild side deejay posted a picture of his bleached skin which fueled mixed reactions from his fans and others alike.

However, it seems the stunt was done to promote a new single titled “Bleaching Cream.’